Scientists began to notice the existence of ozone as early as 1775, when in connection with the observation of lightning or the study of electrical equipment, they noticed its presence as a characteristic odor, which we know well from the vicinity of copiers or charming plasma lamps.

Ozone, as a chemical, was discovered by the Swiss-German physicist Christian Friedrich Schönbein (1799 - 1868) in 1840 during experiments with the slow oxidation of white phosphorus in the electrolysis of water. It was discovered as a by-product of electric charge activity during electrolysis. Schönbein (in addition to ozone, he also discovered nitrocellulose or guncotton) noticed its presence in the air after storms, and therefore named it ozoneafter ozo, the Greek term for fragrance. After this scientist also the first ever widely used method for the determination of ozone is called: the Schönbein method (exposure of a test paper impregnated with a mixture of potassium iodide and starch to the atmosphere for several hours).
In 19th century, ground-level ozone became the subject of numerous measurements in many parts of the world, confirming its existence and examining its function in the atmosphere.

Between 1840 and 1879 alone, 550 scientific articles and 14 books on ozone were published. Its high oxidizing potential, the possibility of its use for bleaching substances and the ability to remove odors were soon recognized. The effects of this substance on the human body have also been described: suffocating, tear-producing and subsequently fatal.

Ozone is a very strong oxidizing agent and disinfectant. Therefore it is effectively used for the treatment of drinking water (mainly the food and beverage industry), water in public swimming pools, the destruction of pathogens and the treatment of cooling and process water in industry. However, ozone is also used in bleaching, for example in the production of paper, textiles and ceramics. In addition, ozone can also be produced in industrial applications during drying processes. In the food industry, it is used to decontaminate food or food equipment and surfaces.

There are also special services that use mobile ozone generators to remove odors from fire or water damage, as well as to neutralize unpleasant odors in smokers' cars or in the refurbishment of used vehicles. An important property of this gas is its strong oxidizing ability, thanks to which it can eliminate viruses, bacteria (mainly E. coli and S. aureus), fungi and protozoa. Ozone has also found application in healthcare as a disinfectant, but also in ozone therapy, as it has been shown (in low concentrations) to have a positive effect on the human body (dentistry, cold sores and aphthae, acne, fungal infections, etc.). Recently, there has also been an extensive amount of literature on the use of ozone to combat the Covid-19 epidemic.

Such a wide range of uses of ozone also poses high demands on its commercial production. It can be produced by electric shock: dielectric barrier discharge is most often used, corona discharge is less common. Another way of ozone production is the photochemical method, which uses UV radiation (most often 185 nm). It is also possible to use a chemical, thermal or electrochemical method. The individual methods differ in the type of energy required to dissociate oxygen bonds during ozone production. Ozone can be produced from technical oxygen (ideally) or directly from air, and in its production and industrial applications, of course, it is very important to know its concentration. Currently, many works are published on the determination of the amount of ozone in the air or gas mixtures. These are various analytical methods, such as chemical oxidation, absorption of UV radiation, catalytic decomposition, chemiluminescence or fluorescence and cleavage of double bonds. Most of these methods are not very specific for ozone, but generally determine the amount of oxidizing agents. Iodometric titration is one of the most elaborate and used chemical methods. It has the great advantage of accurate absolute determination of the amount of ozone (in oxygen), but does not allow continuous determination. Most recently published work in the field of ozone production and quantification uses the photochemical method of UV absorption (using a mercury lamp as a source of UV radiation). The biggest advantage of this method is the determination of the amount of ozone continuously, and this property can be advantageously used in the automatic control of ozone production by the ozonizer according to the immediate need. Both methods can be used without any further additions only in the case of determination of ozone produced from oxygen, because in the case of ozone production from air it is necessary to consider absorption in other molecules in addition to UV absorption in ozone, especially in N2, N2O and NO.

Another modern possibility for the on-line determination of ozone (continuously), but also one time (e.g. in the case of an electric discharge) is infrared spectroscopy with Fourier transform: FT-IR. A huge advantage of this spectroscopic technique is the quantitative range of ozone determination from very low concentrations below 0.1 ppm to relatively high concentrations (percents). Another advantage is the simultaneous on-line determination of other gases in a mixture with ozone (e.g. nitrogen oxides, which ozone can produce from nitrogen in the used air). Ozone is a nonlinear, triatomic molecule with a permanent dipole moment and as such in the infrared spectrum it behaves similarly to H2O.

In addition to the fundamental vibration modes (valence symmetric, valence anti-symmetric, bending vibration), it also has relatively strong rotational vibrations. In the mid-IR region, the most prominent ozone band is located around 1055 cm-1 and is associated with asymmetric vibration. Furthermore, the Fermi resonant vibration at 2100 cm-1 associated with the combined overton (but with at least 4 times less intensity) is evident. Bending vibration in the area around 700 cm-1 is usually covered by CO2 vibration. The fundamental vibrations of ozone (asymmetric stretch) around 1055 cm-1 are therefore the most suitable for the evaluation of quantitative data - the creation of a calibration curve. The exact positions of ozone bands in the infrared spectrum differ slightly according to the literature (depending on the temperature and the spectroscopic technique used). 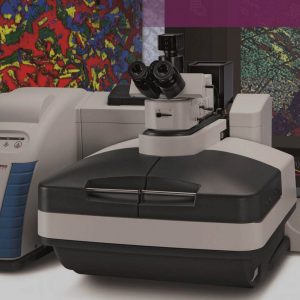 Nicolet Summit is a small, easy-to-operate, reliable and low-maintenance infrared spectrometer that makes infrared spectroscopy accessible to all users, not just spectroscopic professionals. The high reliability of the individual components of the device makes it almost indestructible and significantly reduces operating costs.

Nicolet iS5 = Portability + precise scientific measurement parameters The Nicolet iS5 FT-IR spectrometer is a small, easy-to-operate, reliable and low-maintenance infrared spectrometer that makes FT-IR spectroscopy accessible to all users, not just spectroscopic professionals. The high reliability of the individual components of the device makes it almost indestructible and significantly reduces the cost of its operation. 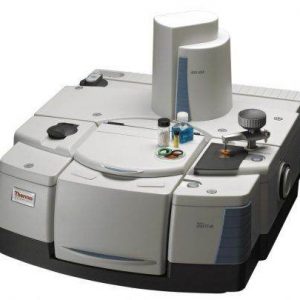 The Nicolet iS50is the first scientific one-touch FT-IR spectrometer. Based on extensive experience with previous successful Magna, Nexus and Nicolet X700 scientific systems, a new FT-IR spectrometer has been developed which, thanks to a wide range of measuring accessories and interconnected analytical software, delivers a universal material analysis system with unrivaled ease of use. 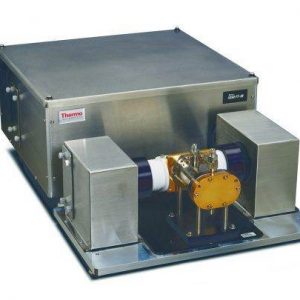 The heart of the state-of-the-art Nicolet iS50 FT-IR spectrometer is hidden in the durable stainless steel body of the iG50 model. Thanks to this, it is possible to move FT-IR spectroscopy technology from a safe laboratory environment to the harsh world of industrial production.